Do you dread having to remember all the functional groups? If you are in an introductory chemistry course, chances are high that you need to know these 13 functional groups. Thirteen??!!! Yea, thirteen! Don’t worry, it’ll be easier to remember them if you group them in a manner that makes sense. See the image on top of this post? I’ve strategically placed the 13 groups in a manner where we can easily group them and recall when needed.

The first column (pink column) consists of hydrocarbons; compounds which are made of only carbons and hydrogens. The first 4 members are alkane, alkene, alkyne and arene. The fifth member, alkyl halide, is actually a hydrocarbon derivative. Meaning, it was made from a hydrocarbon, specifically alkane. Remove one hydrogen and replace with a halogen (fluorine, chlorine, bromine and iodine), and you get alkyl halide (see the image below). 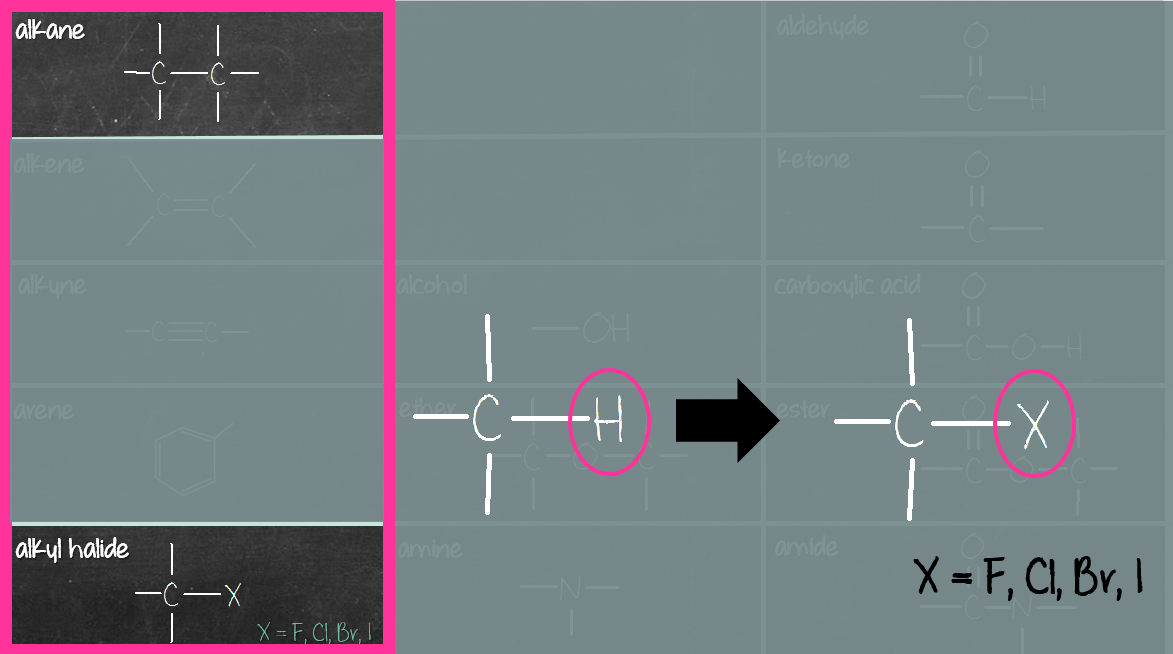 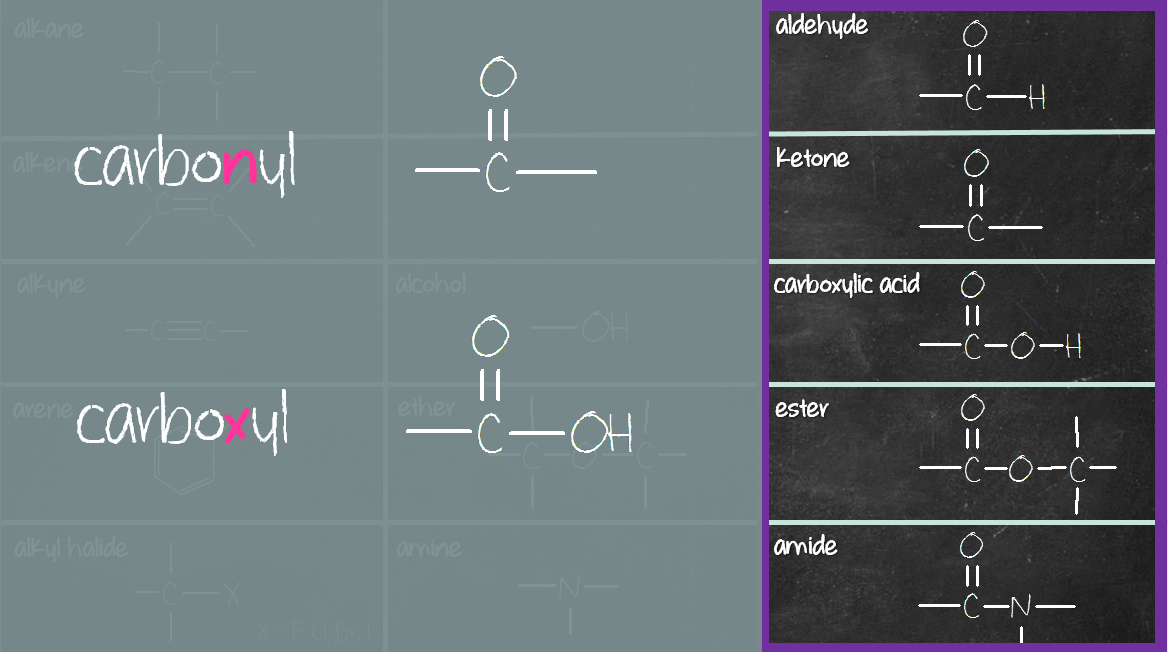 Once you get these two columns down, the middle column compounds are similar to the third column, with the difference of missing a carbonyl (C=O) group. Here’s what I mean. First pair – alcohol and carboxylic acid. Alcohol has a hydroxyl (OH) group while carboxylic acid has a carboxyl (COOH) group. What’s the difference? It’s that C=O group.

Let’s look at the second pair – ether and ester. Ether has C-O-C group, while ester has a C=O-O-C group. What’s the difference? It’s that C=O group again.

I walk through the 13 functional groups in this video. Do check it out, if you haven’t done so.

Once you got the names of the 13 functional groups down and roughly know how the groups look like, check out the next 3 videos where we’ll go through 3 examples for each of these groups.

Have you gained enough confidence? Want to see where you stand? I’ve put together a pool of questions to test your skills in identifying the functional groups. Each time you click, it will create a randomized set of 5 questions for the level you chose. Have fun!