Counting atoms … What’s in it for me if I can count atoms correctly? 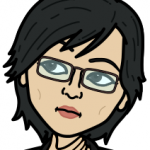 You’ll be able to:

Just to be clear, I am talking about counting the number of atoms present in a chemical formula without involving your calculator. Counting the actual number of atoms will come in a later post. In this post, we’ll go through counting atoms from simple to more complex formula. So, are you ready? Feel free to scroll past the easy stuff if you’re already good with the basics.

In this formula, there are two types of atom, carbon (C) and hydrogen (H). You notice the small 4 at the bottom right of hydrogen? That number will tell you how many of that atom is present in the formula. In this case, we have 4 hydrogens. For carbon, notice there’s no small number at its bottom right? That means there’s 1 carbon atom. Only values of 2 and above are written out. If there’s no number written, it means there’s 1. So, in total we have a total of 5 atoms in the CH4, 1 C and 4 H. So here are what we found:

Doing ok so far? Let’s bring it up a notch.

This formula has three types of atoms – nitrogen (N), hydrogen (H) and oxygen (O). Let’s read from left to right. 1 N, 4 H, 1 O and 1 H. Since H appears in two parts in the formula, we should add up the total H atoms: 4 + 1 = 5 H. Why is NH4OH written the way it is? Why not write it as NH5O and make it easier for us to count atoms? You could, but most of the time, you’ll find it’s written as NH4OH so that it’s easier to identify the components that make up this ionic compound – NH4+ and OH–. Don’t sweat it if you don’t get that. I’ll write about it in a future post.

Ok … so back to where we were. Here’s the tally:

This formula looks a bit more complicated than the previous two. What’s up with the bracket? It’s used to easily group a formula together. Notice the bracket covers NH4? And to the bottom right of the bracket, there’s a 2? Well, that means there are 2 groups of NH4. So since there are two groups of NH4, that means we have 2 N in total. From NH4, there’s 1 N, but since there’s a 2 outside of the bracket, that means we actually have 1 × 2 = 2 N. What about H? We apply the same method: 4 × 2 = 8 H. O atom count is a piece of cake by now. Since there’s no number at the bottom right of O, it means we have 1 O. So, here’s what we got:

Let’s bring this up one more notch. What if we have an even more complex formula?

Something new in the formula! There’s a dot right smacked in the middle. What does that mean?? In our example, it means 2 water molecules are trapped in the iron(II) oxalate crystals. That’s a short answer, by the way. If you are curious about the water of crystallization, you can read more about it on Wikipedia.  Okay…so what does it mean to us when we are trying to count atoms? Just take it as if 2 H2O is part of the entire molecule. We can count the number atoms before the dot (FeC2O4) in our sleep by now. We have 1 Fe, 2 C and 4 O atoms. But, notice O also appears in H2O after the dot.

How are you doing so far? If you’re doing great, let’s continue with something more challenging. If you’re stuck somewhere, how about scrolling up and slowly work your way here?

Do you want to try counting atoms in this beast mode formula on your own? Go ahead… I’ll meet you few lines down….(before you start, don’t forget about that 5 in front of the entire formula. Ok…see you few lines down)

Did you get them all right???  AWESOME, if you did! Here’s how I got mine:

You are still here? Thanks for sticking around! Hopefully, this post has helped you in one way or another in counting atoms. There are some practice questions for you to build/confirm  your confidence. Each click will provide 5 randomized questions. Feel free to boost your confidence as often as you wish.

You might also want to check out the video I posted on this topic:

12 thoughts on “Counting Atoms in a Formula”