Caution: This method works well for elements in Rows 1 & 2. Elements in row 3 and above may deviate from the guidelines as they can exceed octet.

There’s a general guideline that is helpful in figuring out the number of bonds each element makes. This comes in handy especially when drawing Lewis structures. It’s called the HONC rule, or sometimes known as HONC 1234 rule. The number refers to the number of bonds each of the element makes: Hydrogen makes 1 bond, Oxygen makes 2 bonds, Nitrogen makes 3 bonds and Carbon makes 4 bonds. These four elements are widely used when it comes to drawing Lewis structures at introductory chemistry level.

You might be curious to know why those elements make the stated number of bonds. It’s pretty simple if you look at their Lewis symbols. A quick run through on Lewis symbol. It consists of two parts:

Since all elements in the same group share the same pattern in their electron configuration, this means that they have the same number of valence electrons. Therefore it’s easy to group them together, like this: 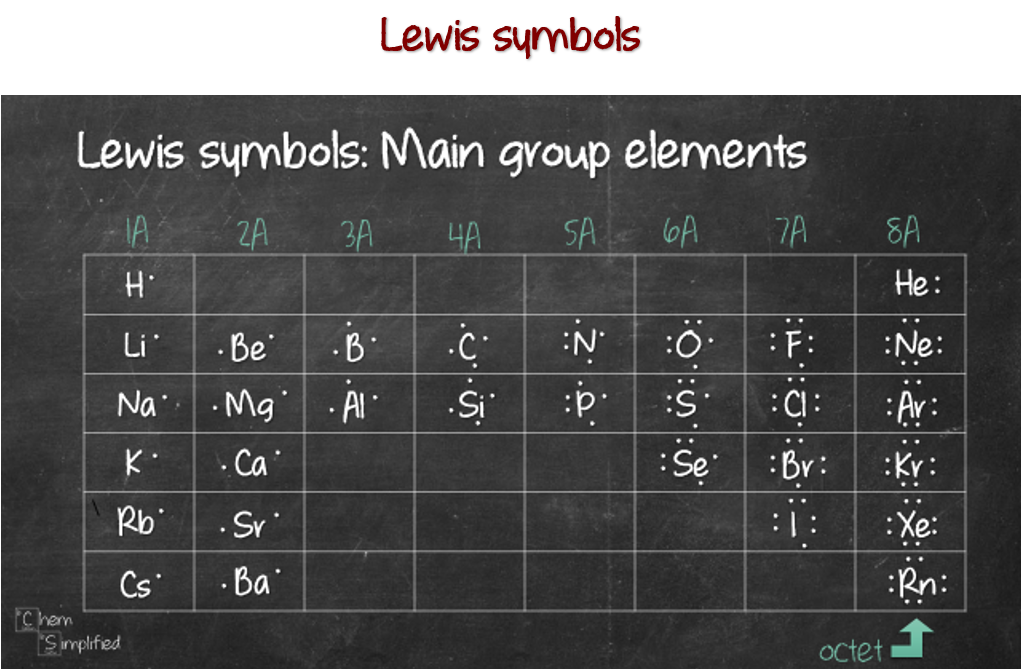 Notice how the electrons are filled when drawing Lewis symbols. Picture 4 imaginary rectangles surrounding the chemical symbol (X), like this:

Each of the boxes will take up to 2 electrons maximum, amounting to a total of 8 electrons, representing octet. Once we got the Lewis symbol down, it’s easy to explain why it’s HONC 1234.  Let’s start with hydrogen. The Lewis symbol is given on the left. Since there’s room for one more electron (pink box), hydrogen will pair up with 1 electron from another element to form 1 bond. 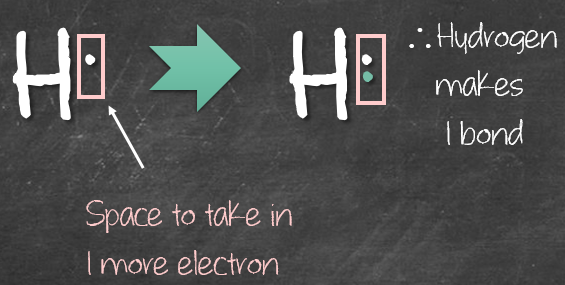 We’ll apply the same reasoning for oxygen. Notice in oxygen, there are already 2 filled boxes (green boxes). Leaving space to take in 2 more electrons in the other 2 (pink) boxes. As a result, oxygen will make 2 bonds.

Using the same explanation for the rest will help explain how elements form the given number of bonds:

Can you explain why Group 3A elements form 3 bonds? Share your thoughts in the comments below.