When ions of opposite charge get together, they form ionic bonding. Writing the formula for the ionic compound is pretty straightforward. The critical information you’ll need is the charge that each of the ions will form. If they are provided, then life can’t get any better. If not, you’ll need an extra skill to figure that out. Not tough, but may require slight memory space. I’ll post more about it soon. Meanwhile, here are some commonly used ions: 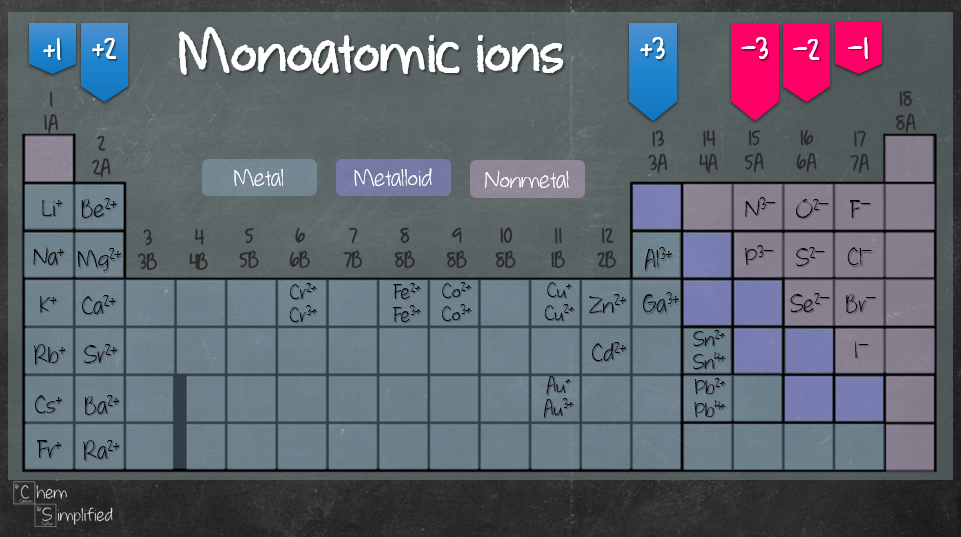 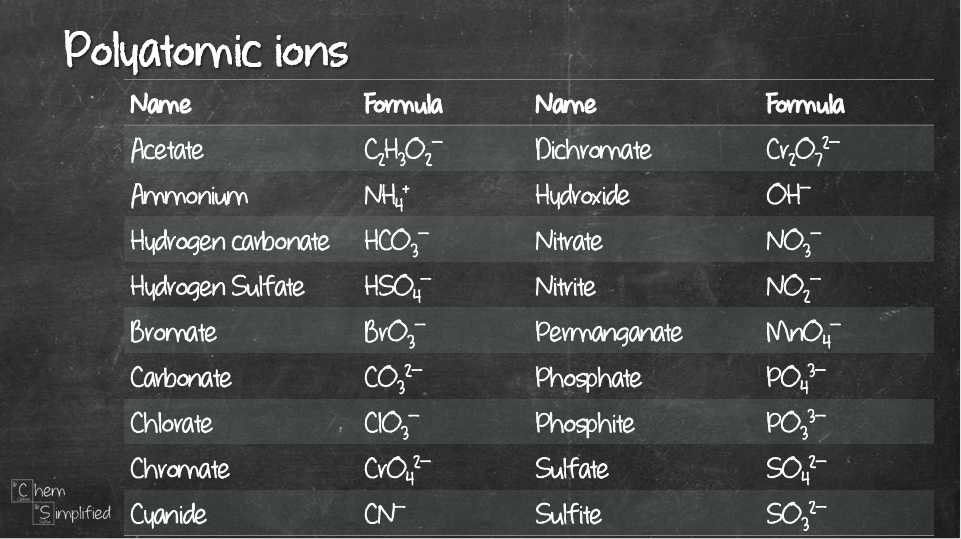 Back to writing the formula, I find the cross-over method (aka criss-cross method/rule) the best when it comes to writing a foolproof formula. I mean who doesn’t want to get the formula right 100% of the time? So here goes:

It might be hard trying to imagine, so here’s how I apply this method on five examples. Notice this method also works on polyatomic ions, just don’t forget to use bracket (parenthesis).


Want to test out your skills? Each practice set consists of 10 questions – 5 on monoatomic ion and 5 on polyatomic ions. (You might want to open the practice in another tab if you need the list of monoatomic and polyatomic ion) Happy crossing!